Doubting oneself and the risk of burnout. How is the second wave affecting employees?

The second wave of the pandemic has struck the world on a much larger scale than the previous crisis. What’s more, we can already see this difference is not limited to size.

LutherOne, which monitors the motivations, current attitudes, and overall mood of employees and businesses in many companies across countries and industries (and not just in light of the ongoing coronavirus pandemic) already has detailed data on the differences in the impact of the first and second pandemic waves on employees.

In the first wave, communication and crisis management capability were key

The first wave was marked by fundamental changes with a minimum of information. Extremely little was known about the virus itself, people feared for their and their loved ones’ lives, and were often willing to limit themselves much more than restrictions required. At the same time, for the first time in their lives, many people found themselves working from home. Even companies that had resisted home office up until then have begun to take advantage of this opportunity as the only viable way to keep functioning.

The first wave showed that several things were essential to manage and maintain not only performance but also people’s trust in their places of employment. First and foremost was the ability to manage crises, that is, to set clear measures. To create and update a plan for the following steps, set priorities, and allocate resources for them. The second vital component was making sure of good working conditions for home office – meaning from a technological standpoint, through capacity management and ensuring the flow of information. Support from a direct superior played a big part, but so did communication from top management.

Although some measures were longer-term than originally expected, people had the idea that the current situation was only temporary and that they could look forward to gradual improvement, the so-called light at the end of the tunnel.

People are less afraid, yet the second wave has a greater impact on them

Here comes the second wave, more massive than the first. Already, it’s turning out to be different. People are less afraid of the virus itself, they have more information about it and they have their own opinion, which is often very polarized. They know from their social circles people who have contacted it already, and it therefore ceases to be a mysterious threat. It has become part of everyday life and with it a number of restrictions have become part of everyday life, including compulsory work from home. However, this is no longer merely a crisis measure. These are changes that are likely to become a regular part of life for a long time.

In addition to the endless examination of impact on productivity, it is necessary to look at the impact of long-term work from home and on areas such as innovation, the health of the organization and the mental well-being of employees. The data point to critically increasing levels of stress, burden, and frustration among the employees of many companies. People working from home for a long time are therefore at a higher risk of burnout. Among other things, social isolation, separation from one's team and restricted contact with others play a part in this. Cooperation, team efficiency, belonging and people’s long-term motivation are also gaining more prominence as crucial topics. In many organizations, labor productivity is already on the decline.

The key to managing is still said to be communication, conditions and support from the manager. However, many managers believe that employees have grown accustomed to the current situation and often no longer perceive these areas as an urgent priority. Nonetheless, the role of these three topics and their specific contents are gradually changing. In addition to information, feedback and motivation are also gaining importance in communication. Without them, people begin to doubt themselves and what they are doing, decreasing their appetite for other activities. Regarding conditions, they no longer play as big a role as equipment and technology, since they are so pleasant and convenient. People don’t simply do what is necessary for basic remote work anymore, but care about feeling good in the long run. They know that this is how it will be for more than just days or weeks, but likely months or even years.

"Perceptions of the role of manager have also changed; from an operational role of transferring information and managing performance more toward leadership, promoting collaboration and belonging within a team, and defining a longer-term vision and functionality. Digital leadership seems to be taking the place of mere remote management ... "

As perceptions are changing, it’s essential to constantly map the situation

The second wave has shown us that it’s not the same and that even within it, the conditions and perceptions of people are changing. Therefore, you can’t only build on previous experience or the current state. It shows that it’s absolutely essential to continuously collect information, map developments and shifts, understand them, and be able to react quickly. And that's exactly what LutherOne is helping many companies around the world do. Together, in the first wave of the pandemic, we not only managed to quickly return corporate climates to their original values, we even increased them by more than 10%. Similarly, LutherOne helps clients improve the efficiency of telework, motivation, and the overall corporate atmosphere. 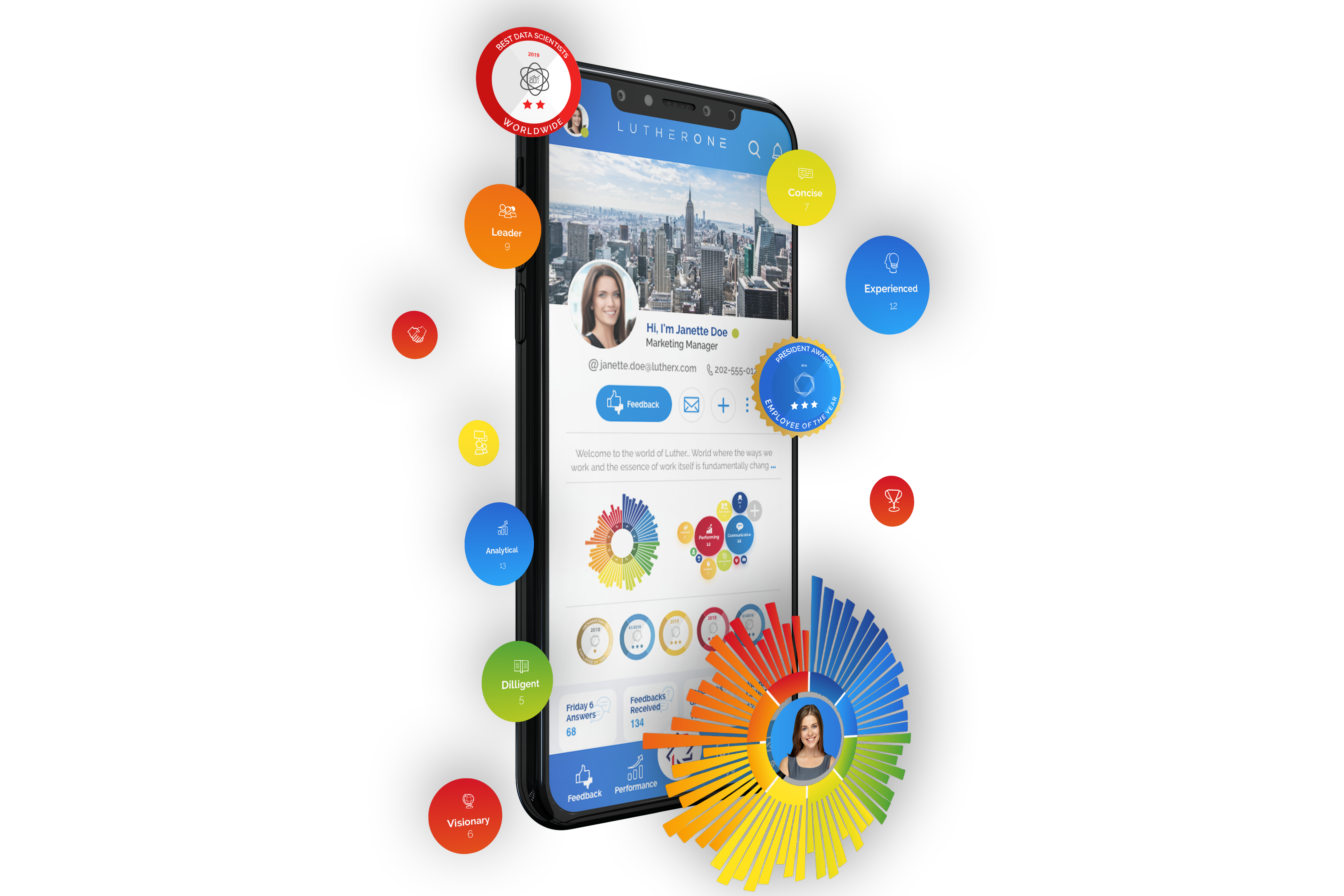 Bounce back stronger than ever before

Build your unique office & remote platform to gain insights into the current situation.